Wicked Cool Productions & Shannon Plaquet started the festival season in exemplary fashion with Rock n Roll Resort v6 “Low Key.” Over the weekend (March 25th-27th), zealous music lovers joined together to share musical adventures, all under one comfortable roof, at the Hudson Valley Resort and Spa in Kerhonkson, New York.  With a plethora of nearly 30 acts, including the headliner, Max Creek, the enticing lineup provided a variety of genres and styles that won over the hearts of many lucky attendees.  This year provided an abundance of quickly-ascending acts across varied genres including two sets from West End Blend,with two sets of The Kind Buds and other exciting acts including Chromatropic, Fat Bradley, Space Bacon, Broccoli Samurai, Formula 5 and Mr. Breakdown. The respected festival, under the theme “Low Key” this year, offered one a unique palette of musings to choose from and bask in.

The daily themes were an excellent excuse to be creative and put a fun and thoughtful costume on. The Friday theme was “Good to be Bad”, Saturday was “Saturday Morning Cartoons” and Sunday was “Pajama Day.” The Fun Enforcers (Teressa and Tina) organized a mini-golf tournament on Saturday and secretly placed hundreds of plastic Easter eggs all over the resort and grounds which contained a myriad of surprise goodies including candy or a ticket to a future festival.

Even with the Disco Biscuits at the Capitol Theatre and JRAD at Brooklyn Bowl over the same weekend, the buzz in the community, leading up to the event weekend, was about the fun shenanigans happening at an upstate resort.  Max Creek drummer, Bill Carbone, had this to say:  “RRR has always been a blast for me because I love the way bands hang out with each other there. The resort aspect of it loosens everyone up; there’s nowhere to go, so we all hang, listen to each other, sit-in with each other – talk music and play it just as much. I love the venue too. It’s like the Shining – but not scary. The production is right up to par with the big festivals, but your hotel room is just a 3-minute walk down the hall.”

Rock n Roll Resort organizer, Shannon Splaquet, stated there were numerous reasons why the moniker for this year’s event was “low key.” He mentioned how this year’s event mirrors the first one, with lots of fun and new up and coming acts rather than a plethora of firmly established ones. With these booked acts, Splaquet notes, “attendees might find themselves having a similar experience that they had at our first event in 2011 with memorable moments and a few new favorite bands.” Also he stated, “with the theme of ‘low key’ we offered the lowest prices we have ever had and we’re continuing our relationship with Magic Hat and it’s the name of their latest brew.”

Rock n Roll Resort is a special experience and definitely a festival one should always plan on attending in order to be left satiated from an impressive sensory experience.

Teddy Midnight  ::  3:30am-4:30am  ::  Empire Lounge
The Brooklyn-based Quartet are on fire so far in 2016.  The jam band consists of Adam Magnan (Drums), Sean McAuley (Keys/Percussion, Vocals), Sean Silva (Bass) and Wiley Griffin (guitar).  They are more than a typical jamband with Griffin explaining their roots as, “Electro Dance Funk with jazz, prog, and rock influences.”  Of all the up and coming bands at this fest, one can safely bet that Teddy Midnight is the most likely to make it big.  It is hard to imagine someone not enjoying the melodic musings that the band consistently offers. They are all professional musicians that rely heavily on improvisation. They only performed six songs during their hour set because each song is relatively long because of the intense jams spread throughout.  The band is a touring machine and have hit the Northeast hard so far this calendar year.  They opened for Twiddle at a sold-out Irving Plaza show and are set to open for Pigeons Playing Ping Pong on April 16th at Gramercy.  The band really hit its stride soon after Griffin joined the band last year.  Formerly of MUN, the band is buoyed by Griffin’s chops and he leads as a guitar wizard with meticulous finger picking and style.  In the vein of Tauk and Consider the Source, Teddy is predominantly an instrumental band but when they sing it is actually on point.  Perhaps with more confidence, the band will treat us by forging ahead with more vocal tracks.  They had the coveted late night set time and the room was full with happy music aficionados dancing to the groove.

The eclectic quintet hailing from Brooklyn, formerly Ukelelian, are Joey Calfa (Ukulele / Vocals), Nate Searing (Drums), Corey J. Feldman (UBass / Vocals), Tara Lawton (Vocals / Melodica / Keys) and Terry Brennan (Vocals / Percussion).  It would be tough to find a musical outfit that delivers with as much enthusiasm and energy.  Their passion on stage for the material is inherently soaked in by the audience. Front man Brennan leads with a frenetic fury of intensity in a quirky manner that is reminiscent of David Byrne in his early days.  The band’s warmth invites you closer and the musicians bombard you with incendiary sounds and soothing harmonies over and over until one gets it.   Lawton was constantly dancing and prancing on stage, while simultaneously playing the melodica, as if she was having the best time ever.  Her positive exhibition was contagious to all.  The most obvious aspect to the band’s originality and moxie is that they don’t have an electric lead guitarist – rather that post is filled by Calfa on the ukulele instead which offers a pleasantly different experience.  Calfa rips solos up and down the scale and it leaves one wishing that he was actually afforded more solos.  Cousin Earth is poised for an even bigger year than the breakout year they had in 2015 as they offer their own fresh perspective to obscure covers while sharing innovating and layered originals.

There has been a buzz about Albany’s Mr. F for some time and many were very happy to catch the Saturday afternoon set. Consisting of Scott Hannay (keys/vocals/vocoder), Ben Pickering (bass/vocals), Mike Candela (guitar/vocals) and Matt Pickering (drums/vocals), the band is doing well with Candela as new lead guitarist.  Formed in 2013, Hannay came from Capital Zen, and the other 3 bandmates came from Timbre Coup. They lost their original guitarist at of the beginning of this year, and have successfully moved forward with Candela on guitar. On this date, the band played as if they had known each other years with a performance that was in sync.  Call and response between Hannay and Candela was solid and led to numerous lengthy jams And Candela knew when to fill. Most interesting and a delight from the usual, the band is focused on the keyboardist. Hannay did not disappoint by dropping epic solos and lengthy exploratory noodling.  He stated, ““It’s always an honor to play at Rock N Roll Resort, it’s really one of those events I always look forward to and hope we get to be a part of.”  The highlight of the day was the cover of “Axel F” which is a contagious ditty first released by Harold Faltermeyer in 1983.  There was a mesmerizing sit-in by Mary Corso and Aaron Hagele added heavy hitting on percussion.  The band has just released a 36 show tour schedule and they are poised to garner many new fans with their stellar play as of late.  If one wants to know more about Mr. F, join the “F Squad” Facebook page.

Setlist: Everything You Say, This One Goes to 11*, Just Kissed My Baby^%, Answer the Dog$% > The Machine%, Drifter%, See Level > On and On, Don’t Lose Your Watch 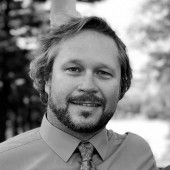